Today in maths, we were learning about the different kind of graphs there are. We also did some statements to prove that these are right. My favourite thing to do in this was to find out what the issues in the graph was. Overall, this was a fun task to do.

This person that inspires me is my sister who lives in Australia. She was born in 2005, if you didn’t know. She has been there for me all my life, just not in real life, online. My sister is currently in college and is in Year 12, she is 17. She is also that kind of person that likes art and likes to play instruments like, guitar,piano and the flute. She is kind of amazing in my opinion.

Write about their life.

She was born in New Zealand but moved to Australia in 2015. She currently lives in Sydney still, but it’s okay because she visits every christmas, and sometimes when it’s her birthday. She works at a Starbucks near her house, which is amazing! She is always talking about how awesome her job is and how she is never going to quit! Another thing she does when she is at college is apply for art competitions. She came 1st in 4 competitions which is amazing. When she has nothing to do, she always calls me to see if I want to play games with her, obviously I say yes! Anyways, this is the person I look up to.

How do they inspire you?

She inspires me in many ways, sometimes I try to impersonate her for fun! She is so good at playing instruments, sometimes, I want to be as good as her to make her proud of me! Another thing she is really good at that inspires me is maths, everytime I throw a question to her, she always answers straight away like Albert Einstein. I’m so inspired by my sister that I want to be exactly like her, same clothes, same instruments, same art, same..everything! Anyways, the main reason why she is my inspiration is because she is so good at everything that I envy! Sometimes, I remind myself that she loves me and she is proud of me.

We have been working on statistical variables. We only had 1 day to collect data from people in our class and the 2 variables that we chose, genders and hours of sleep. This task was really fun to do and I would hope to do it again.

Hope you look at my blog again!

Today in Mitey, we were learning about fixed and growth mindsets. In my mind, I learnt so much from this task and I would definitely do this again, this was so much fun! 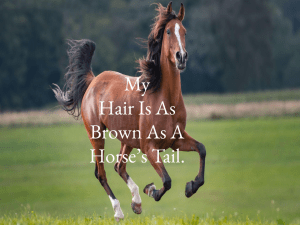 Today, I have made a poster that describes my hair. This was really fun to do to be honest, I loved doing this! I chose a horse because it describes me, crazy and annoying. A horse is my spirit animal.

Why we should help stop Pollution:

Hello everyone, today I have made a speech about pollution and why we should stop it.

There are 3 types of pollution that are happening in the world, such as, air pollution, water pollution and land pollution.

Air pollution is everywhere. Indoors, outdoors, in the countryside & in the city. It is all around us. It affects everyone. Without air there can be no life but breathing polluted air opens us to a life of diseases and early death. Polluted air is a global health emergency, can cause us to get sick etc.

Air pollution in the United Kingdom can cause up to 36,000 deaths a year since the air is filled with a lot of chemicals.

A lot of water pollution comes from human activity. Some human causes and fertilisers from farms, waste water and chemicals from factories and trash from people littering. Oil spills have been a major famous problem for water pollution.

Ways to help prevent water pollution is doing a beach clean up, removing plastics from rivers near you, getting rid of toxic chemicals the proper way, not pouring fat and grease down the drain etc

Reason why it is good to prevent water pollution, as it can make people sick especially young children. Some of the bacteria in the water can make people sick, and go hospital and in worst cases, die. It is important to prevent water pollution and assure water is safe for ourselves and the future generation. It can also be harmful to the sea animals and sea creatures

Land pollution is things such as illegal dumping and littering, overcrowded landfills, nuclear wastes and so on.

Ways to help prevent land pollution are reducing the amount of waste. Recycle and reusing resources whenever possible to reduce waste and can also help you save money.

It is important to prevent land pollution as Harmful chemicals that can get into the soil can be very dangerous for animals and humans.

So, this is why I think people should stop polluting.

Hello there! Today I have posted my speech about pollution and how there are different types. These 3 main types are water pollution,air pollution and land pollution. It is really devastating how people don’t care about all the rubbish and the gas that comes out of factories. I really think people should change in society because this is just wrong.

But, we thank all the people that are really making a difference in our community by picking up all the rubbish. You could also make a difference if you pick up rubbish and throw it in the nearest bin! 🙂

Today we learnt how to work with negative numbers and temperatures. Click the google maps down below to see me calculate all the temperatures from all the main suburbs in New Zealand.

Today, I wanted to set some goals for myself to achieve by the end of 2022. Here are 5 main goals that I really want to achieve:

• I want to learn how to tune my guitar and how to play songs on it.

•  Another interesting thing I want to set is improving my growth mind set.

• I want to achieve 160 blog posts by the end of the year so I can improve from last year.

• For my final goal, I’m going to participate in every activity that we do in class so I can learn some new things! 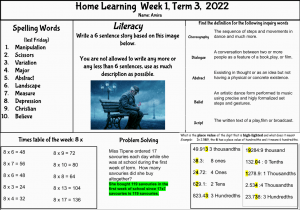 On a very gloomy day, a old man has lost his loved one. They have been together for many years and promised eachother that they will stay together forever. Until they hit 56, the beautiful lady had cancer but decided not to tell anybody, she decided that she will spend her last days with her loved one since all her family has passed on. They went on walks to go see the beautiful trees, they went to go sit down on the chairs at the beach to watch the sunset, the couple did everything fun that they could do. One fateful day, they went on a walk and sat down on their favourite chair, the guy was wondering why his wife wasn’t talking, but it turns out she wasn’t breathing. He rushed her to the hospital and realised it was too late, from this day on he still sits on that chair with her favourite flower.