Today we learnt about equivalent ratios and how to solve them. We worked with Miss Stone to figure out all the equations on our maths sheet. We also used smarties to figure some ratio related questions. I didn’t get what ratios were at first but then I started getting the hang of how to do it. We first chose 2 coloured smarties, my ones were purple and pink. The ratio for this was 5:3, I was really confused by what this mean’t but after doing 10 questions it was really easy. Afterwards we ate the smarties and learnt something at the end of the day. 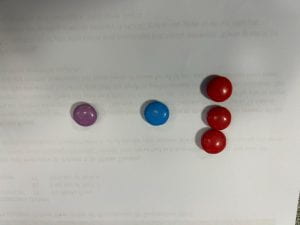 Why we should help stop Pollution:

Hello everyone, today I have made a speech about pollution and why we should stop it.

There are 3 types of pollution that are happening in the world, such as, air pollution, water pollution and land pollution.

Air pollution is everywhere. Indoors, outdoors, in the countryside & in the city. It is all around us. It affects everyone. Without air there can be no life but breathing polluted air opens us to a life of diseases and early death. Polluted air is a global health emergency, can cause us to get sick etc.

Air pollution in the United Kingdom can cause up to 36,000 deaths a year since the air is filled with a lot of chemicals.

A lot of water pollution comes from human activity. Some human causes and fertilisers from farms, waste water and chemicals from factories and trash from people littering. Oil spills have been a major famous problem for water pollution.

Ways to help prevent water pollution is doing a beach clean up, removing plastics from rivers near you, getting rid of toxic chemicals the proper way, not pouring fat and grease down the drain etc

Reason why it is good to prevent water pollution, as it can make people sick especially young children. Some of the bacteria in the water can make people sick, and go hospital and in worst cases, die. It is important to prevent water pollution and assure water is safe for ourselves and the future generation. It can also be harmful to the sea animals and sea creatures

Land pollution is things such as illegal dumping and littering, overcrowded landfills, nuclear wastes and so on.

Ways to help prevent land pollution are reducing the amount of waste. Recycle and reusing resources whenever possible to reduce waste and can also help you save money.

It is important to prevent land pollution as Harmful chemicals that can get into the soil can be very dangerous for animals and humans.

So, this is why I think people should stop polluting.

Hello there! Today I have posted my speech about pollution and how there are different types. These 3 main types are water pollution,air pollution and land pollution. It is really devastating how people don’t care about all the rubbish and the gas that comes out of factories. I really think people should change in society because this is just wrong.

But, we thank all the people that are really making a difference in our community by picking up all the rubbish. You could also make a difference if you pick up rubbish and throw it in the nearest bin! 🙂

Today I have posted my literacy work: Phobia, by Peter Friend. I found this reading task really enjoyable and I love it because I also relate to most of these phobias. I have a fear of clowns which is quite common to be honest. Did you know that some people have a fear of walking?! Crazy right?

Anyways, I just have one question for you..what are your phobias?