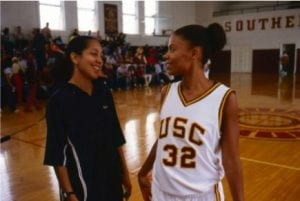 Sisters, these sisters haven’t seen each other for 2 or 3 years. So, when it was the younger sister’s basketball game her older sister was secretly watching from the high top audience. But 30 minutes later the younger sister finally won against the other school, another thing that is funny about the other school is that they have never lost ever since they started basketball. When she and the rest of the team were cheering so hard, out of nowhere her sister appeared right behind her, to surprise her. When the younger sister looked behind her she saw her older sister and was really shocked. They were both really happy to see each other because at last they were reunited.

Task description : For this task we had to choose 1 picture out of 3 of them, then you have to write a made up paragraph that matches the picture.